It’s tough to imagine Kimberlee Centera as anything other than a strategic business owner and strong industry leader. In fact, she’s been called a “trailblazer in a male-dominated industry,” and for good reason. She asks for what she wants, faces challenges, and works diligently toward success.

Kimberlee Centera is the president and CEO of TerraPro Solutions, an energy risk-management firm. She encourages others to consider a career in renewable energy. “There’s never been a better time with a strong demand for competent professionals — such as consultants, engineers, manufacturers, wind technicians, and others,” she says.

As the president and CEO of TerraPro Solutions, which provides energy risk management and project financing expertise, Centera has more than 20 years of experience and currently leads an impressive team of consultants with a remarkable portfolio of work (check it out here: terraprosolutions.com/our-work).

“To be successful in renewables, one must be forward-thinking and willing to take risks,” she shares. “These things are not inherent in the conventional energy industry.” Centera has taken a similar progressive approach with her career.

“I started out in the legal department of a small, privately held wind energy company in San Diego and, at the time, had no idea what renewables were, really,” she says. This was shortly after earning a Bachelor of Science degree in Business Administration from the University of Redlands, California (she’s also a licensed real estate broker in the state). “But when the corporate attorney left the company, I took a chance and asked management to let me assume his role. I proceeded to negotiate a series of land contracts in Palm Springs and my career was born!”

Centera credits a few male mentors who supported her efforts, shared insights and encouraged her to push forward in her career. “Let’s be honest: the utility sector has a history of being conservative, risk-adverse, and male-dominated,” she says.

“When I started working in renewables, I was frequently the only woman in the room. As I moved into an executive role, I was absolutely one of the lone females in the room.”

However, this did little to deter Centera. Eventually, she established her own company, Centera Land, which later rebranded as TerraPro Solutions. “Owning my own business was never my plan, yet I felt compelled to give it a try. I did so in spite of another great job offer at the time, which would have offered me much greater safety and security,” she says. “But I wanted to build something with a personal stake that was worthwhile to me.” 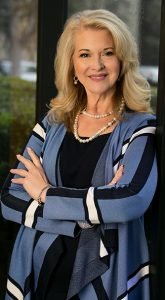 It’s safe to say that she has succeeded. Under her leadership, TerraPro Solutions has generated more than 5,500 MWs in renewables, with a total financed value of over $3.5 billion — making it one of the top risk management practices in the renewables sector.

Centera is known as an expert in identifying, managing, and mitigating project risk, however, she remains modest about her accomplishments. “One of the most important lessons I’ve learned is to check my ego at the door. Defensiveness is counterproductive,” she says. “Every time someone was willing to take the time to educate and inform me, I was able to achieve a higher level of competency.”

When asked about advice for new entrepreneurs, Centera says patience and humility are keys. “Be willing to pay your dues and persevere. Ask for honest feedback. Be coachable and willing to take direction.”

At the same time, she says it’s important to take some chances and ask for what you want. “I had only worked in the wind industry for six months when I asked my supervisor if I could take the reins on land negotiations. Each time my career advanced, it was because I saw an opportunity and seized it. She says this is a particularly important lesson for women in the workplace. “Women need to get comfortable with asking for opportunities to grow and to demonstrate their capabilities.”

Although Centera began her career with little knowledge of renewables, today she has full respect for the value of such projects. “When I look across the U.S., I can point to a series of wind projects that have changed people’s lives by means of contributing to the local economies or providing a source of income for legacy farms and families.”

She adds: “I’d like to feel like I have contributed in some small way to preserving that part of our country and each one of those people and projects has a special place in my heart.”

Centera is also eager to watch — and participate in — the future growth of wind power in the country, particularly given the commitments made by more than 100 cities to commit to renewables.

“As a mother and grandmother, I believe that by developing renewable energy projects, I can contribute to the betterment of our environment,” she says. “I am also personally passionate about the advancement of women and view the energy sector and renewables as an amazing opportunity for women to advance in their careers, while knowing that they are contributing to the sustainability of our world.”

Tweets by TerraProS
Page load link
We use cookies on our website to give you the most relevant experience by remembering your preferences and repeat visits. By clicking “Accept”, you consent to the use of ALL the cookies.
.
Cookie SettingsACCEPT
Manage consent

This website uses cookies to improve your experience while you navigate through the website. Out of these, the cookies that are categorized as necessary are stored on your browser as they are essential for the working of basic functionalities of the website. We also use third-party cookies that help us analyze and understand how you use this website. These cookies will be stored in your browser only with your consent. You also have the option to opt-out of these cookies. But opting out of some of these cookies may affect your browsing experience.
Necessary Always Enabled
Necessary cookies are absolutely essential for the website to function properly. These cookies ensure basic functionalities and security features of the website, anonymously.
SAVE & ACCEPT
Go to Top