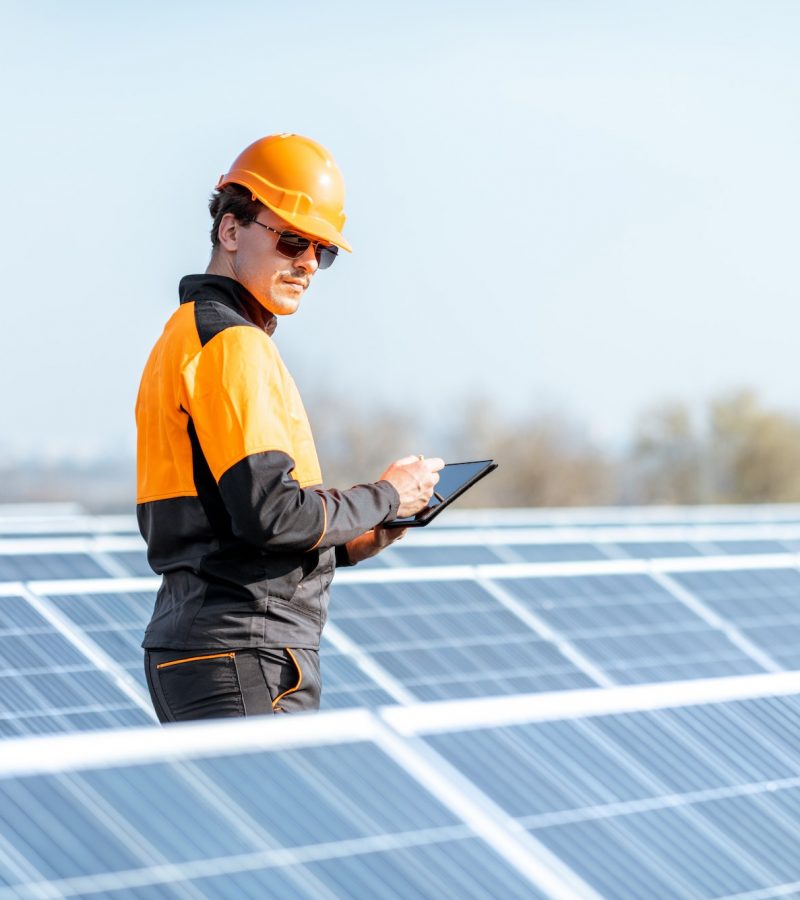 The groundbreaking Inflation Reduction Act (IRA) will put hundreds of billions of dollars toward renewables. As the most comprehensive energy policy in recent years, the IRA is already having a profound impact on the U.S. renewable energy market, triggering increases to long-term forecasts and power prices. 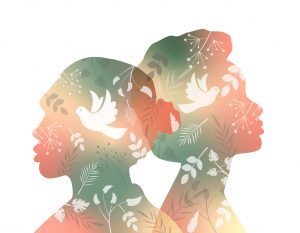 In a recent interview with Odd Lots, a Bloomberg News Finance podcast, Jigar Shah, director of the U.S. Department of Energy (DOE) Loan Programs Office (LPO), discussed the IRA application. He stated that the ability to repay the loan is the single most important consideration when granting a direct loan or a loan guarantee.

The LPO has established a robust process for due diligence of the applications in review. Applications are rigorously vetted by a team of DOE scientists, engineers, and transaction specialists, who carefully evaluate project eligibility and viability. A submission that withstands this scrutiny requires significant fatal flaw and risk analysis to establish a reasonable assurance that the project will ultimately generate revenue.

Lessons from the Field—Don’t Make Assumptions

Whether applying for a DOE loan or loan guarantee, or seeking investment or financing from other sources, we recommend starting the due diligence, risk analysis, and title insurance application process as soon as possible, so that potential risks can be identified and resolved. Understanding possible threats to a project at the outset gives developers the ability to mitigate risks, so that they can meet rigorous lender or investor standards, including those of the LPO.

One of the fundamental challenges faced by project developers is land acquisition. The competition for suitable land is amplified by the rapid growth of renewable energies. In our work, we have found that there is a pinch point between this growth and the American Land Title Association (ALTA) surveys (Figure 1) we need to propel a project forward. ALTA survey work is a field that has historically been slower to change, and it has not yet fully adapted to the dynamics of the market.

The impact this has on project development was recently underscored when we spent several hours with one of our trusted survey partners, a highly respected surveyor with years of experience in ALTA work generally, and in renewable survey work specifically. He explained in detail the various ALTA requirements and best practices surveyors are expected to follow to conform to their professional standards. What became resoundingly clear is that the goals of the survey work are often completely at odds with the goals of the developers we work with.

We already knew how difficult it can be to get what our clients need, and how frustrating that is for surveyors and developers alike. This conversation shed new light on why that is. It’s not because surveyors aren’t helpful or because they don’t understand a request; but, rather, because their standards require them to do things entirely differently. Because the expectations from each side are incongruent, we have a classic case of words that mean one thing to the surveyor and something else entirely to the developer. 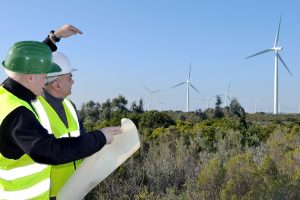 What a developer needs when commissioning an ALTA survey is as follows:

Information that will make lenders happy.

Information that will allow the developer to obtain title insurance.

Reporting that includes the comprehensive specifications needed for project planning.

What surveyors provide when they deliver an ALTA survey could be data points that may or may not actually achieve all, some, or any of these goals.

There is a huge communication gap based on the assumptions each side makes about what is necessary, and when it is necessary. Timing also plays a role in surveyor frustration. The nature of development is to rush, request a thousand changes, sit still for months (or even years), and then pick it up again where they left off (Figure 2). From the surveyor’s perspective, this is problematic, because things can change.

2. Sometimes projects sit idle while items such as legal and regulatory filings are being completed behind the scenes. Yet, once the background work is done, developers must often move quickly to stay ahead of project deadlines. Courtesy: TerraPro Solutions

Even if a deal initially sounds lucrative and realistic, new information can impact viability. The large acreage we usually deal with can present timing challenges related to multiple owners and a host of other issues. The fact that conditions change can become a source of frustration and miscommunication between the parties involved.

Major complications can also arise when there are transmission lines on the site. Facts such as ownership, size, capacity, and use of the lines are critical details within the scope of site development. This information is usually available directly from the utility companies, but if the surveyor’s work order has not instructed him to acquire this data, it may not be reflected in the survey reports. Such an omission can result in costly delays.

An example of costly consequences from communications breakdowns is demonstrated in a wind project we worked on in Texas. In this case, two different surveyors were involved.

Surveyors define the legal boundaries that form the basis for the design of the project. For this project, the ALTA surveyor had identified the location for all the improvements, including the location of an essential road. The road was negotiated under the terms of a separate easement agreement. It wasn’t part of the overall lease; it was a separate easement. The easement had a legal description with very specific conditions and boundaries about where the road was to be located. All of this was certified to by the ALTA surveyor.

When construction began, the engineering, procurement, and construction (EPC) firm retained its own survey company, which is not unusual on such projects. The EPC contractor’s surveyor staked out the location of the road. Unfortunately, neither the EPC contractor nor its surveyor thought to check with the ALTA surveyor, who was responsible for the overall work for the project. The ALTA survey details the surveyor’s findings about the property boundaries and certifies the critical information that informs the lenders and the title company. ALTA surveyors are the kingpin, because they sign on the dotted line to attest to the condition of the land, its boundaries, and locations for the planned improvements.

So, the road was built and our surveyor, the ALTA surveyor, went to do the as-built survey. As-built means that construction had been completed. The project was now approaching the commercial operations date (COD). The ALTA surveyor’s task at that time was to confirm the location of all the improvements. Basically, he had to validate that the improvements were made within the specific area of the project, as had initially been defined.

In this case, the road was built outside of the legal description, so the ALTA surveyor could not certify it. This was a disaster for the developer and the contractor. It meant that the road had to be relocated in accordance with the original ALTA filing. This delayed the project and ended up costing $250,000, which the EPC contractor had to pay.

Communication Creates the Climate for Success

We have often been hired to resolve major problems when a crisis arises. We have experienced the value of ongoing communication between the stakeholders because we have witnessed what can happen in its absence. Therefore, we consider clear communication an essential aspect of due diligence, risk assessment, and best practices. Given the complexities of project development, we highly recommend developing a communication matrix, and a project blueprint, to ensure that all parties along the development and construction spectrum are continually informed about anything that might impact the project.

As the renewable energy industry continues to expand, and insurer underwriter and lender or investor standards tighten, it is even more critical for developers to adopt sophisticated risk management strategies to ensure the long-term success of their projects. Whether you are applying for a DOE loan or loan guarantee, or another form of financing, a robust communication matrix will instill stakeholder confidence. Preventing fires is far easier than having to put them out.

We work with clients for the life of the project, from initial planning through construction. 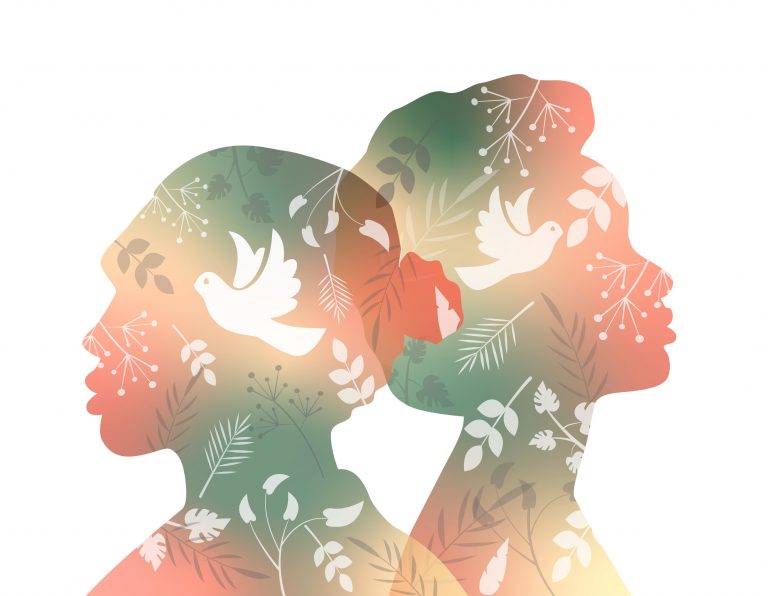