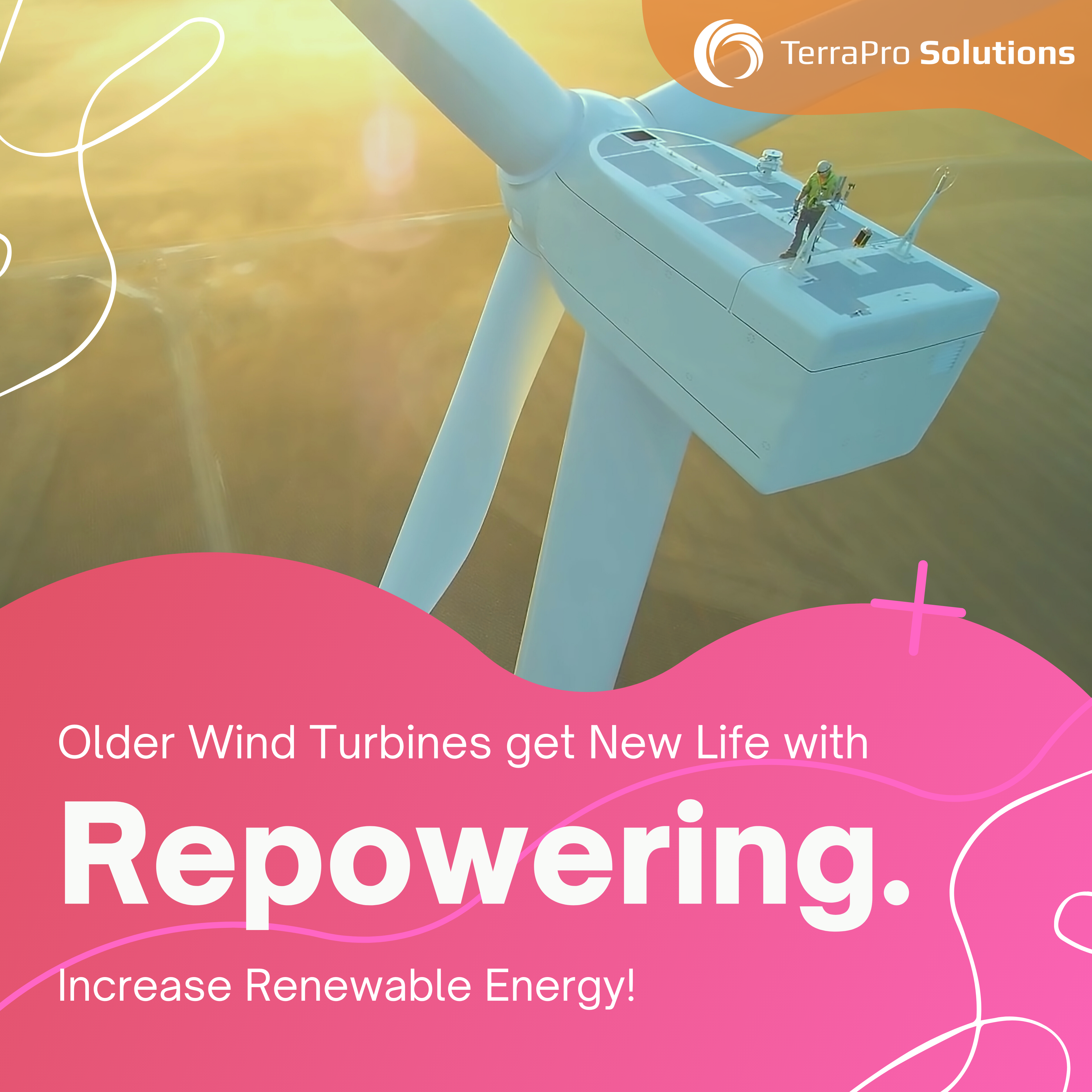 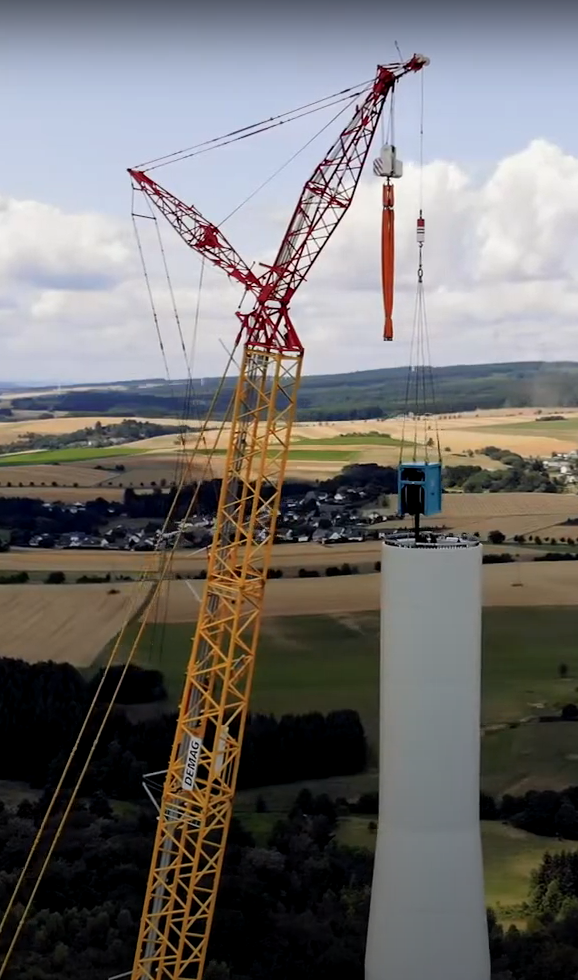 At one time wind-farm developers planned for decommissioning at the end of a wind-farm’s lifecycle. However, the availability of more efficient components and turbines means that trend is changing. Repowering is now an important option for some aging wind farms, but it is a process and there are many policy, permitting, and cost factors to consider first.

According to a 2017 Energy Information Administration report, repowering can increase wind turbine fleet output by 25% and add up to 20 years to the life of the turbine.

California’s Governor recently signed SB100 into effect, declaring 100% renewables by 2045. Coupled with SB700, which extends incentives for state energy storage systems, the world’s fifth largest economy has made a clear and strong commitment to sustainability and clean energy. But what does the new legislation mean for those working in the wind industry, and particularly in California, where land is scarce and property values are sky high?

Some suggest that existing sites containing legacy renewable projects, such as the wind farms in the Altamont Pass in Northern California, Tehachapi Pass in Kern County, and the Palm Springs Basin of Riverside County, may prove key to meeting the state’s clean-energy targets. Smart developers and utilities seeking to capitalize on existing wind regimes, and proven revenue streams are likely to re-energize existing projects.

This means that repowering outdated wind farms may become the new “green” in California.

What is repowering exactly?
Essentially, repowering updates an aging wind project. This may mean replacing several wind-turbine components and turbines, or the full fleet of turbines and towers at a site. Additionally, repowering may modernize interconnection infrastructure, construct or redesign new roads, or add more turbines to the project.

Typically, the aim is a wind farm with a greater and more efficient generating capacity than before. Using California as a model, there are many considerations that may impact the development of a repowered site.

Here are six important factors to assess or contemplate prior to moving forward with a repower project.

1. Changes in national or local laws and jurisdictions

Projects developed in the late 80’s and early 90’s are now subject to changes in laws and regulations affecting local and regional jurisdictions. Previously, certain jurisdictions permitted projects in parts, under separate departments. For example, a developer may have consulted with several different authorities at the federal, county, or city level for permitting of safety setbacks affecting turbine height approval.

However, this required simultaneous consultation with different entities and meant that a developer must then synthesize these conditions into the site plan for the Conditional Use Permit (CUP). A CUP grants use of land in a particular area for permitted construction.

Fortunately, some entities have since formed coalitions to streamline the compliance process. Riverside County is one example where the Bureau of Land Management, City of Palm Springs, and County of Riverside developed a comprehensive process for defining and subscribing to visual and safety setbacks. When evaluating the value in repowering a wind project, careful review of current requirements and restrictions in local jurisdictions is imperative to ensure the new plans are lawful. Legal changes can also affect the timeline and costs for a repowering project, particularly if a developer is hoping to take advantage of incentives, such as the Production Tax Credit (which expires in 2020).

Turbine technology has dramatically improved over the past 20 years. The result: the average capacity factor (a measure of power-plant productivity) for wind turbines installed before 1998 was about 22% and today it’s at nearly 35%, according to the Office of Energy Efficiency and Renewable Energy.

In addition, wind energy costs have decreased from a little over 55 cents (current dollars) per kilowatt-hour (kWh) in 1980 to an average that is under three cents per kWh in the United States today. Lower costs and increased efficiency are providing developers important incentives for monetizing repowered projects.

A detailed review of the project’s original site control documents is another important step to identify limiting or restricting factors that may affect a repowering project. For example, an existing contract may exclude property that is pertinent to new turbine additions or contain prohibitions on road restructuring.

In addition, any lease term in California that exceeds 35 years is considered a “beneficial transfer of real property,” according to the local assessor, which may result in hefty additional real property taxes and assessments. Typically, wind lease agreements require the developer to incur the cost of assessments relating to new installations or site improvements. So this cost must be quantified and accounted for over the term of a project in the repower project financial model.

Depending upon the location and ownership of the project property, a series of agencies including federal, state, county, water authorities, Bureau of Indian Affairs, may have the right to exercise jurisdiction over the project. For example, the California Natural Resources Agency is one of many agencies that oversee and enforce environmental and permitting regulations throughout California.

The Federal Aviation Administration (FAA) maintains jurisdiction over the location of wind-turbine locations and improvements. It is important to prepare a pre-submittal of the proposed turbine locations to the FAA for clearance prior to (or concurrently with) permitting and environmental review of the project. Similarly, the Department of Defense (DOD) imposes jurisdictional requirements over wind projects so a preliminary discussion with the local DOD office is recommended as a gating item in the initial review of the wind project and turbine locations.

Wind projects are typically developed with 15 to 20-year PPA terms. Repower projects are often facing the end of their initial PPAs — the document that states the underlying revenue stream and financial security for the project. For this reason, careful consideration and implementation of a viable strategy is necessary for operating the wind project through the expiration of its PPA term. Additionally, redevelopment of the wind farm, which may require a new design of the project and decommissioning of the existing wind turbines, means new negotiations or agreements.

To properly evaluate the economic impact of early decommissioning of the wind turbines or running the turbines through the entirety of the PPA term, feasibility modeling is highly recommended. Together with the expiring PPA, consideration must be given to the negotiation of a PPA with the existing off-taker or a new off-taker. Many alternatives are available for PPA’s today that were previously unavailable, including hedge arrangements and corporate PPA’s with off-takers such as Facebook, Starbucks, Google and General Motors.

Hybrid renewable projects are now an option for many developers. Pairing Wind with Solar or Battery storage may enhance and improve the economics and reliability of such projects, while providing greater energy generation efficiency.

Although battery storage is still in its infancy, it can reduce concerns relating to the variability of wind power — storing energy when winds are strong and providing power to balance the grid when winds are low. Storage is likely to become a key consideration for developers looking to maximize revenues and generation flexibility when repowering wind farms.

Prior to committing to repowering an older wind site, consider this checklist.

Page load link
We use cookies on our website to give you the most relevant experience by remembering your preferences and repeat visits. By clicking “Accept”, you consent to the use of ALL the cookies.
.
Cookie SettingsACCEPT
Manage consent

This website uses cookies to improve your experience while you navigate through the website. Out of these, the cookies that are categorized as necessary are stored on your browser as they are essential for the working of basic functionalities of the website. We also use third-party cookies that help us analyze and understand how you use this website. These cookies will be stored in your browser only with your consent. You also have the option to opt-out of these cookies. But opting out of some of these cookies may affect your browsing experience.
Necessary Always Enabled
Necessary cookies are absolutely essential for the website to function properly. These cookies ensure basic functionalities and security features of the website, anonymously.
SAVE & ACCEPT
Go to Top